Third molar teeth, also known as wisdom teeth, are the final teeth to erupt. Although it may vary depending on racial characteristics, genetics and eating styles, these teeth should erupt at the bilateral hindermost parts of both upper and lower jaws at age of 18 to 24 years, but they do not erupt or stay impacted until advanced ages. Although the risk of the impaction applies to all teeth, it is most commonly observed in wisdom teeth as there is no sufficient room for eruption in the mouth.

Third molar teeth, also known as wisdom teeth, are the final teeth to erupt. Although it may vary depending on racial characteristics, genetics and eating styles, these teeth should erupt at the bilateral hindermost parts of both upper and lower jaws at age of 18 to 24 years, but they do not erupt or stay impacted until advanced ages. Although the risk of the impaction applies to all teeth, it is most commonly observed in wisdom teeth as there is no sufficient room for eruption in the mouth.

Since there is no adequate room for eruption in the mouth, wisdom teeth usually stay impacted or they can erupt partially, resulting in tooth ache, ear ache and reduced opening of the jaws. Since they are located at the hindermost part of the jaws, they are usually not cleaned well, leading to potential caries, inflammations and even cysts in some cases.

Why Should Wisdom Teeth Be Extracted?

Wisdom teeth should be extracted at earliest age possible. As the elasticity of the jaw bone reduces at advanced ages, the extraction may cause complaints, such as swelling, pain and numbness. For adolescents, such complaints are less likely as the root of the tooth is underdeveloped.

Although antibiotics may help some symptoms of impacted wisdom teeth, following conditions require extraction necessarily by a jaw surgeon.
– Infection of soft tissues around the impacted or semi-impacted teeth that have no room to erupt in the jaw bone
– Caries and gingival diseases secondary to inadequate cleaning, although there is adequate room in the jaw bone and teeth have erupted completely,
– Pain due to compression of the adjacent tooth by the erupting wisdom tooth
– Cysts and tumors around the wisdom tooth
– Root problems and caries secondary to compression of the roots by the adjacent wisdom tooth
– Crowded anterior teeth due to erupting wisdom tooth
– Prevention of recurrence following an orthodontic treatment

What Are The Factors That Make Extraction Of Third Molar Tooth Difficult?

What Is The Underlying Cause Of Impacted Teeth?

Although the time that the third molar teeth erupts varies depending on many parameters, such as genetic factors, diet, participation of teeth to the function and racial factors, it occurs between 20-23 years of age for men and 21-22 years of age for women. If the teeth do not occupy the correct room in the mouth within the normal eruption time and the next one-year period, they are called impacted teeth.

Some teeth do not open to the oral cavity and stay impacted even though it is the physiological time to erupt. There are three valid theories on the impacted teeth.

Orthodontic Theory
Since normal development and growth of the jaw structure and the eruption of teeth are frontward, any factor that affects this condition results in impacted tooth.

Phylogenetic Theory
Since nutritional habits have changed and the foods that are hard and difficult to digest are no more consumed as the civilization evolved, development and growth of the jaw and the force of chewing have also changed.

Mendelian Theory
The discordance of the teeth and the bones due to genetic differences inherited by the parents causes lack of adequate room in the jaw bone for the teeth to erupt.

The medicines preoperatively prescribed by maxillofacial surgeon should be taken, and the physician should be informed about the medications that are used regularly and the medicines that cause inability to stop bleeding, such as aspirin and anticoagulants, should be stopped under supervision of the physician. Antibiotic prophylaxis is required for patients with valvular diseases before the extraction.

As it is the case for all surgical interventions, some complications may be faced after extraction of the impacted wisdom tooth.

Pain
The postoperative pain is somewhat a reaction of the surgically wounded viable tissue. After the impacted tooth is extracted, severe pain is not expected; the mild pain can be easily managed with analgesics and painkillers.

Edema
Postoperative edema and bleeding are a response of the body to the tissue trauma. Usually, edema is not associated with pain and it reaches the peak level in the first 3 days after the surgery, but it starts regressing thereafter. Unless there is an adverse event, it will completely disappear at the end of one week.

Trismus (limited mouth opening or lockjaw)
Surgical management of the wisdom teeth in the lower may cause mild trismus. The cause is the spasm and abnormal contraction in masticator muscles secondary to the inflammatory response. Trismus reaches the peak level within the first 2 days after the surgery and it usually regresses completely in Day 7.

Alveolar osteitis (AO), Dry Socket or Alveolitis
It is the most disturbing complication that is manifested by severe pain and bad breath several days after the extraction. Alveolar osteitis is the infection of the space, where the tooth was extracted. Alveolitis recovers approximately within 3 weeks. The patient may suffer severe pain in this period.

Infections
The surgical intervention to the impacted tooth may, sometimes, result in infection. Several factors play role in the postoperative infection, including but not limited to accumulation of food residues at the surgical site, inadequate blood supply to the wounded site, spread of the existing infection in the surgical management and use of incorrect antibiotic. Drainage and medications are treatment options of this complication.

Bleeding
Bleeding appears in two forms; during and after the surgical intervention to the impacted tooth. The underlying cause can be a local or a systemic factor. Possible causes include injury of soft tissue and vascular plexus, impaired coagulation at the level of the wound and lysis of the blood clot by some enzymes found in the saliva. If bleeding occurs, gargling and spitting will worsen the bleeding. It is appropriate to place a gauze pad or cotton to the bleeding site. After the gauze pad is placed, anterior teeth of the patient should not contact to each other. Placement of a pad will slow down or stop the bleeding. It is necessary to visit a healthcare facility if bleeding persists despite this measure.

Damage to Adjacent Teeth
The tissue and the teeth adjacent to the teeth that are extracted require attention. Incorrect use of surgical instruments may cause this complication. The adjacent tooth may be broken or the root of the tooth may be damaged.

Fracture of the Mandible (Mandibular Fracture)
It is a very rare complication. Mandibular fracture may be secondary to exercising excess force during the extraction or the weakened mandible secondary to medical problems. It is more common in elderly patients relative to young patients, as elasticity of bones is lost as the age advances.

Contraindications to Extraction of Impacted Tooth

Impacted teeth cause a trouble in a part of the life in most patients and they need to be extracted. Extraction is indicated if the tooth cannot erupt completely and oral hygiene is poor. If the tooth is not extracted and followed up, regular radiographic consultation is a must.

If the maxillofacial surgeon considers that extraction of the tooth will cause an anatomic problem and if no serious pathology is identified at the site, surgical intervention is not performed.

If the risk of damage to the tissues and nerves adjacent to the impacted tooth is high and if mandibular fracture during or after the extraction is likely, extraction may not be preferred or the patient is informed and consent is obtained.

Sometimes, maxillofacial surgeon may use such teeth as abutment for prosthesis, even though they can be extracted.

For detailed information about the cost of extraction of impacted wisdom teeth and other impacted teeth, reach us. 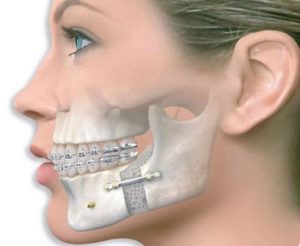 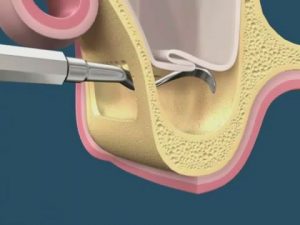 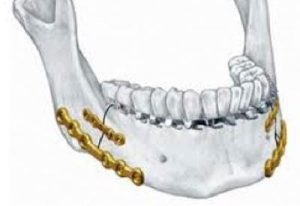